You are here: Home1 / JWLIA

To foster social change in Japan and
actively contribute to creating society
where women take initiatives and are heard.

In December 2012, the Fellows formed the JWLI Association (JWLIA), a Tokyo-based voluntary group led by dedicated volunteer staff, with a mission to share the knowledge, learning and experience of JWLI to other women leaders in Japan. JWLIA plays a central role in Japan to connect the JWLI fellows who are in various locations geographically and in fields such as domestic and international nonprofits, social welfare, education and the private sector. JWLIA provides the Fellows with opportunities for support and collaboration as well as mutual education through workshops, symposiums and study sessions. Working closely with the JWLI Boston team, JWLIA provides crucial support in Japan before and after the Boston program.

While migrant youths in Japan have great potentials to connect Japan to the world, they tend to dropout from high schools due to various obstacles. One of the most common obstacles is lack of accesses to the information about academic opportunities. The JWLIA fund will be used for conducting research on the types of information that would be useful for migrant youths and putting them together into an accessible medium, such as a website.

Despite the staff shortage, people who are interested in working at those facilities have hard time finding job openings. By using the JWLIA fund, Chaibora will create a website summarizing information related to job openings and job fairs.

Yuyake Kodomo Shokudo (meaning “evening cafeteria for kids”) was established in December 2014 in Nerima, Tokyo. Twice a month, the organization provides nutritional dinner. This is also a welcoming community for children from single-mother households. Additionally, the organization offers study sessions to children whose parent(s) cannot afford them going to prep schools. Anyone can come to dinner, not just the children from single-mother households; the organization aims to establish a community with diverse people, not just the ones from the under served communities. The elderlies who live alone and young people also participate in the dinner events, making a home-like atmosphere.

Recently, the number of participants in Kodomo Shokudo has been increasing. The donation will be used for purchasing additional kitchenware and text books and paying commuting fees to the volunteers. Additionally, the organization is planning to host outdoor activities to strengthen the relationships between the participants.

GDM Fukushima, which was established in January 2018, is an organization that aims to create a connection between the local people and the local agriculture. On March 11, 2011, when the earthquake hit Tohoku, residents of Namie city, Fukushima, had to evacuate quickly. Since after the evacuation order was lifted, convenience stores have been the only places where people could buy groceries. To get fresh produce, people in Namie city have to travel to the city nearby. Currently farming in Namie city is on a trial period, and it will take more time until people can go back to the original lifestyle. The organization was established after some nonprofits and the city hall of Namie consulted with the founder of GDM Fukushima whether they could start a new service so that people who cannot travel to the adjacent city, such as elderlies, can have easier access to fresh produce.

Aozora Roudoku provides an online library of audibly read book. Initially, begun and read by professional announcers, the library has now expanded to include works read by those in the midst of learning professional audible reading.

Edible Schoolyard Project, founded in 1995, aims to connect the experience of school to the real, lived experience of their students by prioritizing access to healthy foods integral in having a strong start at school and in life. 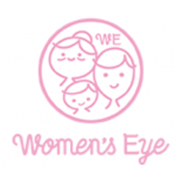 Women’s Eye, a nonprofit organization based in Miyagi, was established immediately after the Tohoku disaster in 2011. This grassroots organization supports women to become active in rebuilding their own lives and communities in Tohoku.

The grant was used to host events in Sendai on November 28th and 29th, 2015. The events focused on supporting single mothers facing significant financial difficulties while trying to rebuild their lives following the disaster. The specific activities at the events were:

SP Japan, established in Tokyo in 2014, aims to foster social, community-based parenting. Their approach encourages the healthy growth of all children by bringing together people with and without kids through various activities. SP Japan uses stitching and quilting as a tool to bring women together to create dialogue and cultivates an environment of mutual support. Through stitching and quilting workshops, people can exchange ideas, experiences, and advice on parenting. They also provide a space for expecting mothers and/or mothers of newborn babies to enjoy conversations on concerns of childbirth and childcare. For women who had stillbirths, the organization provides support systems to help them overcome their losses.

This grant was used to support activities that brought together expecting and experienced parents:

Yunomi Kai “With Us Project”

Established in Tokyo, Yunomi Kai manages and hosts study groups on various topics. In May of 2011, they started a project called “With Us Project” to help the recovery process of Tohoku. The With Us Project supports two activities in the devastated region:

KAFIN was founded originally to empower Filipino immigrants in Japan. Its service is now extended to other foreign wives to provide spaces where they feel comfortable to share their concerns and challenges, while also collectively searching for solutions and ideas. The group’s main activities are:

The fund was used to host events in Tohoku. In July 2014, KAFIN held a workshop in Fukushima about stress management, raising multiracial children, and group counseling for domestic violence. Similar workshops on the same topics were held in September and October 2014 in Miyagi.

Women’s Will Gunma was established to promote active civic engagement of women in Gunma. The group formed when a few women attended a class to learn how to promote women’s political participation in Gunma’s prefectural government. This class was hosted by following the Basic Law for Gender Equal Society enacted in Japan. Women’s Will Gunmahas been deeply involved in the following activities to promote a society where women have equal political representation:

With the grant, Women’s Will Gunma held a lecture to support Tohoku on November 8th, 2014 in partnership with Gunma Fuyu Kai, another women’s organization in Gunma. The lecturer spoke about the reconstruction of the oyster farming industry and its importance for the region’s economy. Many women in the Tohoku region rely on this industry for part-time income and to contribute to their families’ financial stability.

I am OK was started by a woman whose child was diagnosed with a mild developmental challenge. She created the I am OK program in order to provide services, classes, and social skill training for children who experience developmental challenges. The organization seeks to improve communication, build teamwork, and provide a fun space for children enrolled in the program. Mothers have also gotten involved by taking part in managing these activities.

The grant was used to offer transportation for children and accompanying teachers participating in a two-night camp program. The camp offered activities to encourage children to grow, be independent, and to learn.

Friends of the World

Friends of the World is an organization based in Chiba that has various programs empowering parents to become more confident in raising their children. The programs include:

The grant was used to establish the Baby Visiting Program. The program aims to:

Project HANA was established after the passing of a flower arrangement teacher, in whose memory her home was renovated into a community center for residents in Kitami city, Hokkaido with purposes of strengthening local neighborhood relations.