You are here: Home / JWLI-I

JWLI offers emerging women leaders in Japan with a four-week, hands-on training in Boston on nonprofit management and leadership with an entrepreneurial mindset.

In 2007, the second year of JWLI, the Center for Gender in Organizations (CGO) at the Simmons School ofManagement in Boston became JWLI’s institutional and academic partner. CGO was selected because of their unique expertise in the areas pertaining to gender and leadership, its program located in the first business school in the world designed specifically for women, and expertise in the area of nonprofit management.

ATASK is a nonprofit, community organization serving Pan-Asian survivors of domestic and intimate partner violence. The organization offers services in Greater Boston and Greater Lowell and offer limited assistance in other cities throughout Massachusetts and New England. ATASK’s mission is to prevent domestic and intimate partner violence in Asian families and communities and to provide hope to survivors. The Office of Women’s Advancement is an embodiment of Mayor Walsh’s commitment to advancing and supporting women in Boston. The organization works to provide educational opportunities for women that emphasize economic equality, and the health and safety of female residents of Boston.

Greentown Labs was formed as a company in 2013 to operate and support the shared office and prototyping space, and to hold EnergyBar networking events. The company operates Greentown Labs’ current location in Somerville MA, which provides 40,000 square feet of prototyping, office, and event space to serve the needs of energy and clean technology entrepreneurs. Project Citizenship began as the Greater Boston Citizenship Initiative, a collaboration of community partners in Massachusetts seeking to increase naturalization rates in Massachusetts. The initiative was created by a committed group of immigrant and community-based organizations to educate immigrants about the benefits of citizenship and to provide the services and resources necessary for eligible legal permanent residents (LPRs) to overcome the barriers to naturalization. As Greater Boston’s community foundation, the Boston Foundation devotes its resources to building and sustaining a vital, prosperous city and region, where justice and opportunity are extended to everyone. TBF makes grants to nonprofit organizations and designs special funding initiatives to address this community’s critical challenges.

The mission of The Women’s Lunch Place is to provide a safe, comfortable daytime shelter, nutritious food, and support services for women who are homeless or low income. WLP treats women with dignity and respect, and fosters a community committed to meeting each woman’s unique needs. Celebrating the 10th anniversary, JWLI hosted the Tokyo Summit at Tokyo American Club on October 18, and it was a huge success. Nearly 40 women leaders and JWLI Fellows candidly explored the theme of Women Leading Social Change in Japan with the audience of over 300 people. Mari Kuraishi, a founder of Global Giving, gave us a powerful keynote speech sharing her journey to start the organization. The Summit showcased JWLI’s 10-year impact by highlighting 10 alumnae and their achievements. Under the theme of Women Leading Social Change in Japan, the Summit’s most important message to the participants was to take action and be a leader to make positive social change in Japan.In addition to featuring the impact of JWLI, the Summit showcased social change achieved by Japanese and American women leaders; brought U.S. and Japanese social sectors together; and most importantly for further advancement of Japanese society, demonstrated the importance of women’s leadership for social change. Through the Summit, JWLI left a strong impression that women’s leadership in the social sector needed to be increasingly valued.

The Summit was made possible by a generous grant by the U.S.-Japan Foundation
and held in partnership with the Japan Association of Charitable Organizations. 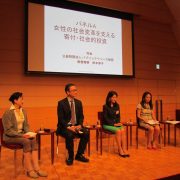 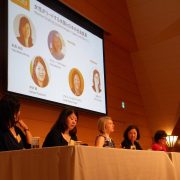 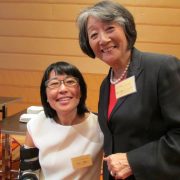 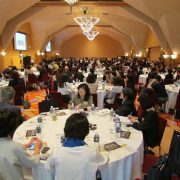 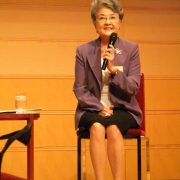 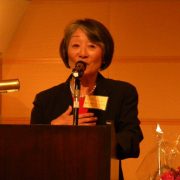 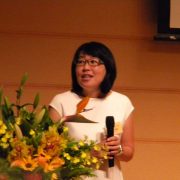 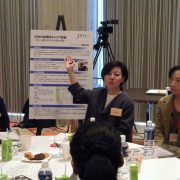 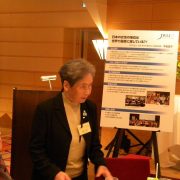 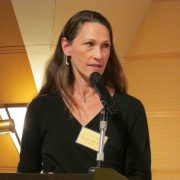 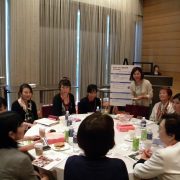 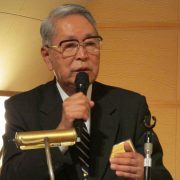 On October 6th, JWLI hosted its 10th Anniversary Reception to celebrate its ten-year efforts in empowering Japanese women and making difference in Japan. Two JWLI alumnae, Tomoe Yamada and Kiyono Yagami, shared the impacts they made in Japan through achieving their Action Plans. JWLI Founder, Atsuko Fish, and JWLI’s academic partner, Patricia Deyton of Simmons College, both thanked a number of community partners and host organizations that contributed to JWLI’s success. They also highlighted some of our Fellows’ successes. The event also included a graduation ceremony of this year’s Fellows. 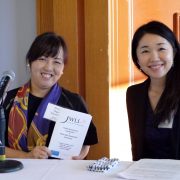 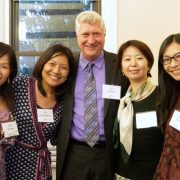 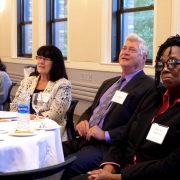 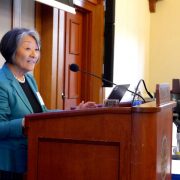 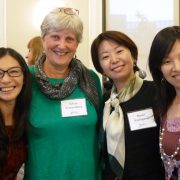 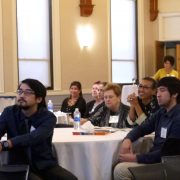 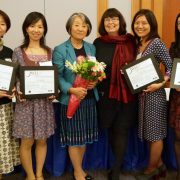 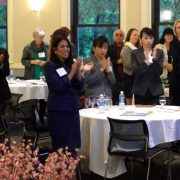 Based on the success of the Boston-based JWLI Fellows Program, the increasing interest in nonprofit organizations because of the keen needs of society in Japan, the growing recognition of the Japanese government of the value of nonprofit organizations, and labor shortages, JWLI developed the Forum Program to increase the knowledge and awareness of the importance of the nonprofit sector and to encourage the opening of more roles of leadership for women. Through funding from the United States-Japan Foundation, JWLI was expanded to include a second major component, namely, a three-year Forum Program in Japan as part of the movement to create social change. JWLI has been ahead of some of the trends now emerging in Japan as it was created to strengthen the capacity of women to provide leadership and work effectively for change while educating about the value of the nonprofit sector and its role in addressing important social issues.

The Forum Program complimented the Fellows Program with its goals of providing information and inspiration to women and men in Japan to become involved with social change, increasing knowledge and interest in women’s leadership and the nonprofit sector, and encouraging highly qualified women to apply to the Boston-based JWLI Fellows Program.

Goals of the Forum Program

2013 in Tokyo and Yamanashi

2012 in Yokohama and Wakayama